President Rodrigo Roa Duterte on Tuesday, June 26, called on the country’s barangay leaders to do their best in protecting the Filipinos from illegal drugs and terrorism.

The Chief Executive swore in newly-elected punong barangays (barangay chairpersons) in the Zamboanga Peninsula in a ceremony held at the Municipal Gymnasium in Barangay Madasigon here. 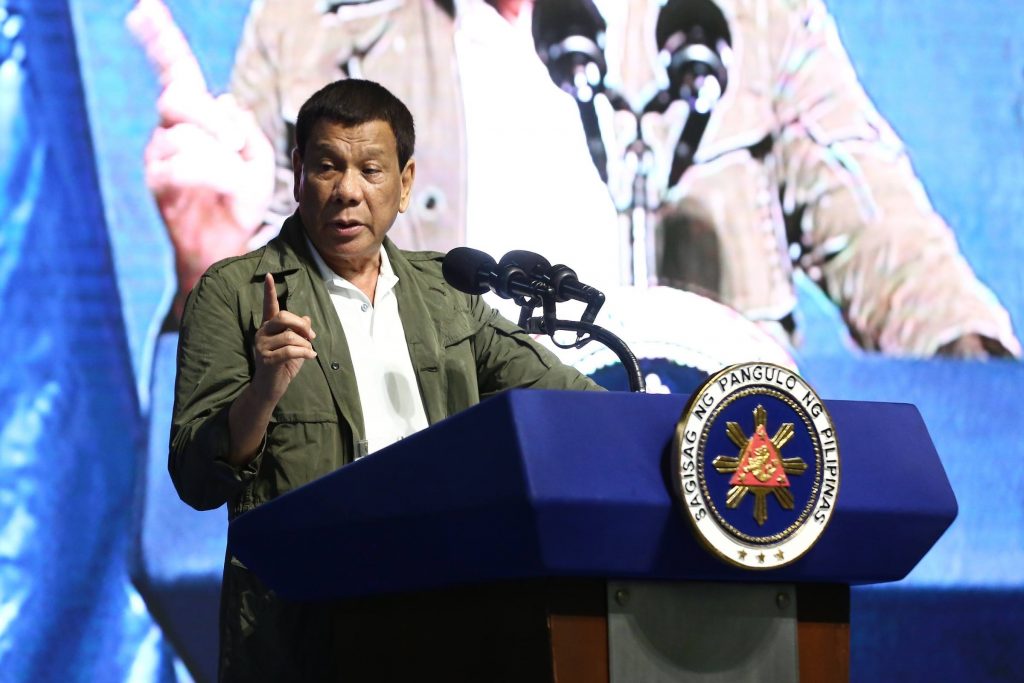 In his speech, Duterte reiterated his warning that charges would be filed against incompetent village chiefs.

“Trabaho kayo. Bigyan ko kayo ng armas. But I want terrorism and drugs [eradicated]. I will have an audit. And if you are not at par, I will file charges against you for incompetence. Ayaw kong gawain ‘yan. You have to defend the country,” he said.

“One, you protect the people of the Republic of the Philippines. 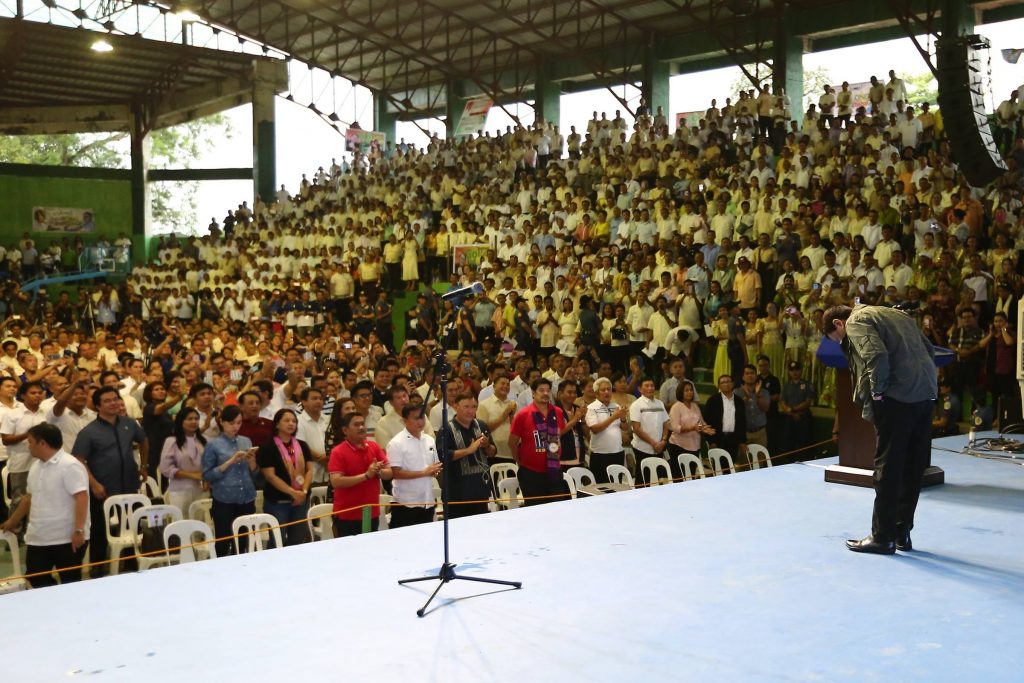 Second, we must preserve this nation. ‘Yan lang. ‘Yan ang trabaho ko, trabaho ninyo, trabaho nating lahat. I expect you to, of course, give your best,” he added.

President Duterte raised anew the plan of allowing barangay officials to carry firearms. He ,however, clarified that the officials would not be given high-powered guns.

“I will consult the Cabinet pero ang aking proposal, no heavy firearm. Shotgun lang,” he said.

“But I will not give you the high-powered [firearms], .22 lang. Mga tanod. Preferably ‘yung mga ROTC o ‘yung retired personnel,” he said.

Meanwhile, the Chief Executive announced that he is planning to visit the casualties of the misencounter in Sta. Rita, Samar.

“So I want to go there. Ugma siguro (Maybe tomorrow),” he said.

Duterte said he wants the army to join him in his visit in a bid to show “camaraderie” among uniformed personnel. 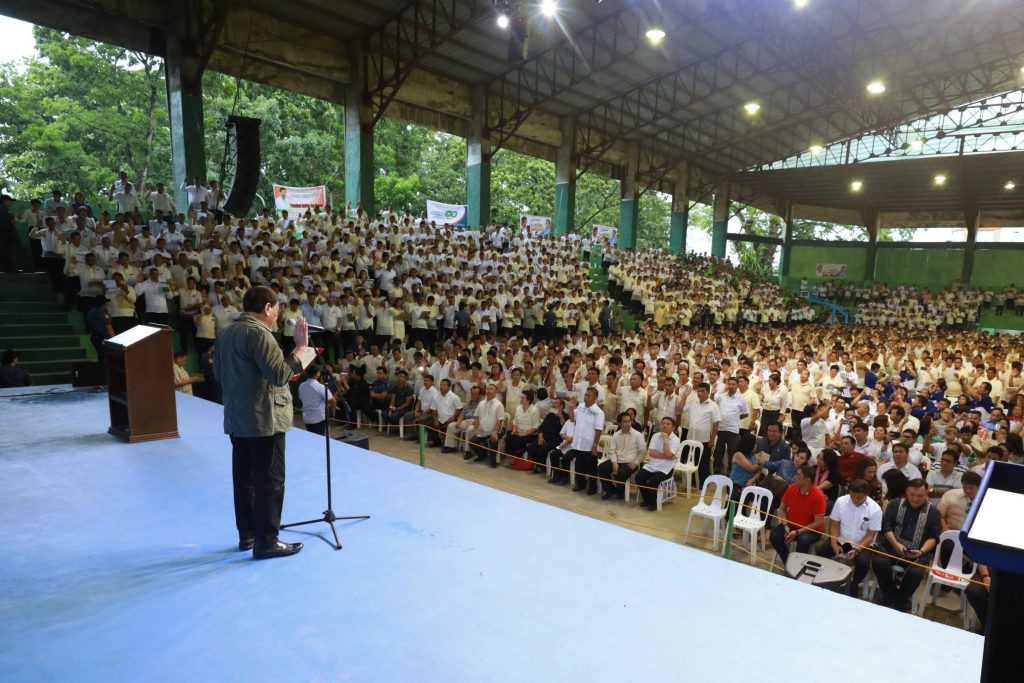 “Magpunta ako doon. And I want the army to go with me. Ito’ng unahin ko. Eh, hindi naman sinadya ‘yan eh. Just the same, you have to show the camaraderie, the esprit de corps in the uniformed outfit of our government,” the President said.

“I’m just sad that there was this misencounter. Nanghinayang ako. But as I have said, it is the product of Murphy’s Law,” he said. 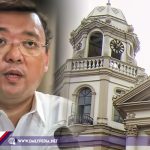 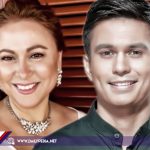