When talking about Asian dramas, a wide variety of shows will come into mind, but one thing’s for sure, every country has their take on the bad boy meets good girl love story.

One series, however, is legendary. It’s almost impossible for Asians to not to know what Meteor Garden is. The whole drama is based on the Japanese manga, Hana Yori Dango (Boys Over Flowers) which was released in 1992.

The story revolves around five students of a prestigious school that mainly caters to elite students. The school is dominated by four rich and handsome but arrogant boys called the F4. On the other hand, the fifth main character is a female student who came from a poor family. The conflict starts as the leader of F4 takes interest over the female protagonist for she is the only one that doesn’t take interest on their group.

In 1995, the first live action film based on the manga was released. Hana Yori Dango was first shown in 1995 starring actress Yuki Uchida and actor Shosuke Tanihara. A lot of characters from the manga, however, were not present in this version.

Six years later, Taiwan’s Meteor Garden started and it was a massive hit. This adaptation starring Barbie Shu, Jerry Yan, Vic Zhou, Vanness Wu, and Ken Chu became such a phenomenon that it was dubbed in several languages.

Although it was not the first version, its popularity was undeniable.

Hana Yori Dango was remade into a Japanese series in 2005. Unlike the first two mentioned, which put their own spin on some parts and details of the storyline, this version followed the original story of the manga. Then of course, who can forget the oh-so-handsome Jun Matsumoto?

Almost paradise! Probably one of the reasons behind the boom of Korean Dramas in Asia is Boys Over Flowers. After Meteor Garden, this adaptation of the manga is another reason why the sensation is still remembered up to this day. Lee Min Ho became a household name by the time it aired in the Philippines as he played the role of Goo Jun Pyo.

Continuing the legacy is China’s own version titled Meteor Shower. Although it wasn’t popular across Asia, it gained a huge recognition across mainland China. On the contrary, the producer clarified that the series wasn’t an adaptation of the manga and that it was just simply inspired by it.

The phenomenon also reached America as Boys Before Friends got released in 2013. This adaptation, however, unlike previous versions, followed the main leads throughout their journey in a performing arts graduate school.

In 2014, India’s Kaisi Yeh Yaariaan gained extreme popularity among young Indian audience. It was dubbed as the No. 1 Youth Show in the country during its run.

17 years after the original Meteor Garden was released, the same producer decided to do a fresh new remake of the drama. It stars young actors such as Dylan Wang, Darren Chen, Connor Leong, and Caesar Wu. The producer described it as the “fuller—and flashier–adaptation of the books”.

It began airing on July 9 and has been number 1 in ratings since. 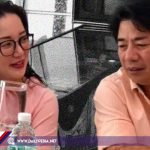 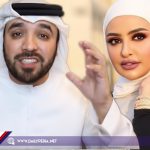