River is an  important body of water. It  serves as a habitat for many aquatic living things, also it brings life to communities living around it. According to the World Wide Fund, rivers are the arteries of Earth, meaning its provision of clean, fresh water is an essential element for vast ecosystem and for human beings as well.

Sadly, due to the lack of human intervention and knowledge in protecting these resources, rivers all over world have become polluted, and scientists believe it would take a lifetime to fix it.
And yes our very own Pasig river is on a brink of being included on this list of ’10 Most Polluted Waters in the World’ if we won’t do something about it.
Dailypedia aims to make a clear statement that we must take action in saving, cleaning and restoring Pasig river  to prevent it from dying. Gladly, the current administration aims to restore Pasig river, which is a great development. Kudos to them- politics aside.

Found in Argentina, this river is home to seven million people living along the coastline. And the pollution is caused by the people,  pharmaceutical and petrochemical companies that have no proper irrigation or ways to prevent toxic from reaching the river. Sadly, just recently it was named Matanza-Riahuelo, which translates to “slaughter brook” that only signifies to how dirty and polluted it is to date.

Located in Italy, the Sarno River is one of the most polluted rivers in Europe. It used to be a source of livelihood for the people living around the area, but in the recent years, many cases of liver cancer have been reported which are attributed to the pollution of the river, particularly from the lower part when the water gets mixed up with agricultural and industrial wastes.

The Buriganga River in Dhaka is surrounded by many manufacturing plants and factories that dumped their wastes in the water source. The river used to be a tourist destination for dignitaries, sadly, these days, people are confronted by foul smells and rotten animals due to a massive pollution. The water has turned black and fish are found floating lifeless on the surface.

Located in Bulacan, Philippines- the river was found to have the presence of heavy metals, chemicals, and other forms of waste. Environmental reports detailed, “The river system is extremely polluted due to waste from tanneries, gold and precious metals refineries, the largest Lead smelter in the Philippines, and also due to numerous municipalities dumping their garbage carelessly.”
Beyond that, there’s about 250,000 residents depending for their water source, efforts are proliferating online to save this river for the next generation and for the people living along the waterway.

Washing D.C. in the United States is home to this “neglected urban waterway”.  The Anacostia River is severely polluted by sediment, nutrients, pathogens, toxins, and trash making it unsafe for fishing or swimming, despite being surrounded by parks.

Now dubbed as the “Forgotten River,” the once life-giving body of water is now a risking communities due to human negligence in protecting the river. Rehabilitation efforts, however, are slowly being undertaken to bring back this once beautiful river.

Also from the United States, the Mississippi River has been called the polluter’s paradise. According to the group Environment Missouri, the river was found to have more than 12.7 million pounds of toxic chemicals such as nitrates, arsenic, benzene and mercury in 2010. These toxic chemicals end up contaminating the nearby communities’ drinking water and being absorbed by the living creatures living there.

Several environmental groups as well as the US Health Department are now working hand-in-hand to help preserve the river.

The Citarum River in Indonesia supports more than 30 million residents who rely on the water source for agricultural, domestic use. However, unregulated factory growth since the area’s rapid industrialization in the 1980s has choked the Citarum with both human and industrial waste. Much debris like plastic packaging can be found just floating along the river.

Located in Northern India, the Yamuna River is one of the most sacred rivers of the country. The water source is polluted from residue of  agricultural, discharge of industrial effluents, and domestic sewage. The pollution is mostly attributed to the lack of a proper sewage disposal system and the build-up of both big  and small industrial units that dump their wastes in the river.

The Yellow River is known as the mother river of all Chinese, but these days, it has been declared unsafe for any use. Water quality has deteriorated rapidly in the last few years, as discharge from factories increases and water levels drop because of diversion for booming cities. According to studies, the Yellow River Conservancy Committee said 33.8% of the river’s water sample registered worse than level five, meaning it’s unfit for drinking, aquaculture, industrial use and even agriculture. Despite the government’s efforts,  the riven remains to be unsafe due to the lack of funding and proper waste management.

The growing  population of India is plummeting, making Ganges River suffering from human garbage thrown daily and spoiling it to its core.  The Ganges river is a sole supply of all its surrounding communities living around and in nearby towns, but the vast amount of industrial contaminants, dumped into the sacred waters, the river is contaminated with poisonous toxic and chemical elements such as chromium that’s rapidly spilled over the riverbanks.

Due to its toxicity, dolphins and other living organisms have gone extinct. 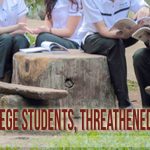 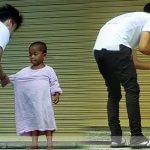