Who would have thought that our shy PBB 737 Teen Big Winner, Hendrix “Jimboy” Martin had some confidence to pose topless before. This Barrio Rapper ng Nueva Vizcaya is known for his timid attitude and lean physique.

One will definitely be #shookt to be seeing him only in his undies.

The photos went viral even before Jimboy was pronounced Big Winner.

And yes, these photos were retrieved from the pageants he had competed in the past. According to a report, the big Gloc-9 fan joined at least 3 pageants before making his way to the hit reality show Pinoy Big Brother.

Just take a look at these racy shots of him.

After circulating for the first time, the pictures are said to be recovered through Jimboy’s personal Facebook profile. Some of it also came from the photography agencies that handled his pageants.

What do you think? Should Jimboy get out of his timid personality and go big doing hot steamy scenes? Let us know! (Denis Santos) 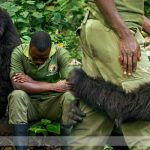 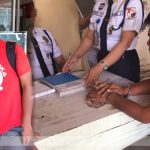