It was not too long ago when an American student-photographer set the internet on fire after creating a controversial ‘personal project’.

Shannon Dermody is a student from Hancock, New York. Despite being a New Yorker, she is currently majoring in Photography at the Antonelli Institute in Philadelphia.

Some of her specialties include senior and family portraits, weddings. Even though she works fully digital, she is an experienced filmmaker, too.

She recalls that in one of her classes, they were assigned to create a 9-photo series. According to her, she wanted to show awareness to the problems that continuous to plague the world. Matching with this great cause, she used characters that are ‘held in a very high manner’ to show real world problems that have a great impact on the society.

Even though she did not elaborate the characters she used for her personal project, it is obvious that it’s the well-loved collection of Disney Princesses. Despite the princesses’ beautiful and classy frame, she turned it into something dark that will deliver the deep message she wants to shed light on.

On Facebook, she uploaded only 8, because, according to her, for ‘viewer purposes’. Later in this post, you would know the real reason why the last piece of her project was put in private.

Lastly, putting sensitivity on the last image, she decided to put it in private. She did not upload this on Facebook and had a special section for this on her blog. She did not intend to trigger anyone who is undergoing mental health issues. Also, she wanted to stand up for those who are being belittled just because they are mentally ill. So if you do have the thoughts, stop scrolling.

All photos are from the photographer, and to know more about Shannon, you can visit her blog here. 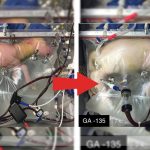 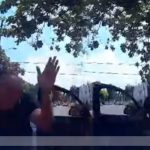