Ohio — an eight-year-old boy living in East Palestine earned praises from netizens after managing to drive an SUV from their house to a mile-away Mcdonald’s outlet. Let’s add something to the horror, he even brought his four-year-old sister with him as they traveled using the vehicle. Why?

The two said they were really craving for cheeseburgers.

According to a report from Inside Edition, “The boy took money from his piggy bank to finance the fast-food adventure, and lifted the vehicle’s keys after his father went to bed early and his mother nodded off on the couch.”

The report also notes that;

“The boy was able to reach the pedals by standing up while driving. He maintained the speed limit and executed a perfect left turn into the drive-thru lane, where he came to a stop at the window and placed his order.”

Upon ordering, the Mcdonald’s crew that assisted the two kids thought it was a prank. They, too, can’t believe that the boy was able to drive the van. Luckily, a customer recognized the two and called their grandparents. Adding to the report, “[The] Police called their parents, and all of the relatives hurried to the restaurant.”

Responding to the incident, East Palestine officer Jacob Koehler said that the little boy began to cry when he realized he did something wrong. When asked if how was he able to drive, he just said, “his sister looked up how to drive on YouTube. They waited until mom fell asleep and grabbed her keys.”

After the whole shenanigans, no charges were filed against the minor Palestinian boy, obviously, nor his parents. Amusingly, people who witnessed the whole incident said that the kid followed all the traffic rules, and did not cause any harm.

Ending his statement, officer Koehler had this to say,

“It was remarkable. He got him and his sister to McDonald’s without hitting anything or running any red lights.” 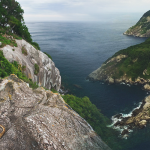 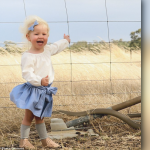