A new plague haunts the authorities of Antique as the number of out-of-school children rises. Surprisingly, poverty is not the root.

The Department of Education admitted that one of the causes why students choose to cut classes is because of playing billiards. They did not know how these small billiard chains sprout like mushrooms.

Upon thinking what could be a possible solution, DepEd came up with a clever idea. Why not bring in the reason for students to leave the school premises?

The Department said that to keep students from cutting classes, they might provide billiard tables and equipment inside schools. This is due to the alarming cases of student dropped-outs, who admitted that billiards was one of the factors why they left school.

Billiards as a legit sport in Palarong Pambansa?

After being a ‘demo sport‘ for three years, Billiards finally became a regular sport in Palarong Pambansa in San Jose de Buenavista, Antique.

According to the tournament director of billiards competition in the said sports event, Jofran Nyl Tupas (from Negros Occidental), he encourages DepEd and other authorities to invest in the sport. This garnered positive reactions from his peers.

He also added that due to Billiards being legalized inside the schools, dropouts are one-by-one registering for the next academic year.

Shedding light on the good side of the sport, the regional coach of SOCCSKSARGEN, Ryan Dinero, has this to say:

According to him also, students who play the game are not just ‘freeloaders’, but intelligent ones in fact. It is a mind game and his athletes have a good standing at school.

Kudos to those who are erasing the negative stigma with Billiards! 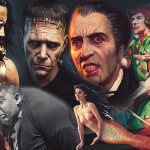 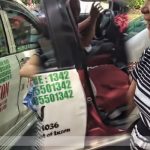