A recycling plant in Ontario, Canada was alarmed when one of its workers discovered a huge amount of cash inside a 30-year old television set.

Rick Deschamps, the general manager of the plant said that the unit was brought to Global Electric Electronic Processing (GEEP) in Barrie more than a year ago. Despite the fact, it was only last week when an employee began dismantling it. To the worker’s big surprise, there was cash stacked inside the television set.

In an interview with CBC News, Deschamps said that She (employee) came running up with this security cash box and she goes, ‘I found $10,000. I opened it up and I saw four bundles of $50 bills and I went, ‘I think that’s more,’”

“There was like, four stacks of $50 bills, and I knew it was a large amount of money,” the manager added.

More than 100,000 Canadian Dollars was found inside, or more than 3 million pesos.

An investigation was conducted and they tracked the owner of the cash box using the documents inside.

After an extensive tracing, it turned out that the money belongs to a 68-year-old man who admitted that he had forgotten about the money when he gave the TV to his friend.

The man further shared the story behind it, telling CBC that it is intended to be an inheritance to the succeeding family members.

On the other hand, the female employee who discovered the treasure received praises and rewards for her honesty.

“She’s representative of all our employees and it’s what we stand for and this kind of behavior is really what we would expect from everyone here,” said GEEP in a statement.

Here’s the full report of CNN 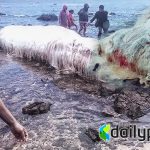 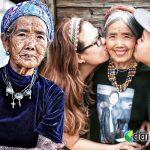