The emergency hotline 911 and citizen hotline 8888 are now operational as promised by President Rodrigo Duterte. But just on its first day of operations, the hotlines (especially 911) were plagued with prank calls and dropped calls.

In fact, within seven hours after it was activated, the 911 hotline had already received some 2,475 calls but only 75 were actually legitimate calls. Around 304 were just prank calls while 1,119 were dropped calls.

The dropped ones might be understandable as the curious or perhaps the skeptic might be checking whether the lines actually worked.

Meanwhile, the 8888 hotline received only about 277 calls but some were prank calls, too.

Because prank callers hogged the telephone lines and prevented legitimate calls from getting through, Dela Rosa has threatened to arrest those who made the nuisance calls.

In a press briefing at PNP headquarters in Camp Crame, Quezon City, Dela Rosa revealed, “The 911 system is currently tracking the prank callers and we will make sure you will be unmasked and arrested.”

“…Refrain from making prank calls or test calls to our 911 hotline because this will clog up the lines and prevent people with real emergencies from reaching us,” he further appealed to the public.

There are currently 45 police personnel manning the 911 hotlines while 15 agents have been provided by the Civil Service Commission (CSC) for the 8888 hotline.

As for the calls handled, the 8888 hotline mostly received complaints about slow government service while the legitimate 911 calls involved vehicular accidents, riots, harassment, drinking in public places, and even peddling of narcotics. 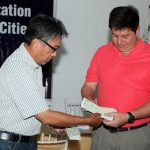 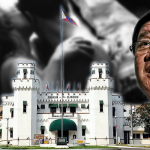