Last June 26, a group of people gathered at the Libingan ng mga Bayani to lay stones at the site where Former President Ferdinand Marcos is supposed to be laid to rest. On the stones were written the names of Martial Law victims.

Bubut Vasquez, who along with his family joined the silent protest, posted about the events on his Facebook page. “…with no fanfare and media coverage,” Vasquez wrote, “people gathered at the supposed burial site of former president and dictator Marcos to lay rocks and stones in the open crypt. On each stone laid was written the name of a man/woman/child kidnapped, tortured and murdered during Martial Law. They are the REAL HEROES who deserve to be buried here.”

Several netizens applauded the act. FB user Tess Santos wrote, “Even if almost 4 decades have elapsed, this laying of stones is a fitting tribute to those whose lives were cut short by evil. Gone but not forgotten. RIP my unsung Filipino heroes.”

JC Bautista, however, has his reservations. “This is very effective, except lang sa pamilya ng ililibing at bulag na sila sa ganyan. (for the family of the one to be buried are blind to these things.)”

But there were also those who were unimpressed, such as netizen Evelyn Marcos Gabatin who replied to a Rappler article which detailed the silent protest, saying she believes that “Marcos is a real hero.”

Will Gonzales, on the same article, posted that “We should also do this for the victims of Hacienda Luisita and Mendiola Massacre to the tombs of Cory (Aquino).”

Vasquez and fellow netizen Jette Po credited several people and organizations—including the Martial Law Chronicles Project, Samasa, Akbayan, Miguel Syjuco’s team, Bantayog, and Nameless—for organizing the movement they call the Bawat Bato initiative. Part of the initiative’s call to action states that “We can each place a stone: at his grave or in places stained by the atrocities of martial law—memorializing its thousands of victims, and for us tens of millions who’ve not lived as we all deserved in the decades since… We can each place a stone: Our silent symbols of dissent—heaped high upon any monument built there, burying now and constantly the vainglory and lies… We can each place a stone: In peaceful defiance, in wordless rebuke. We can each make this forever our tradition of protest.”

In his post, Vasquez encourages others to join in the protest. “This is just the start as more stones with more names are laid so that their memories shall not be forgotten. This is a public space and all are welcome to pay their respects and honor the real heroes.” 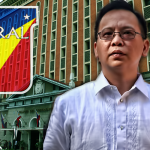 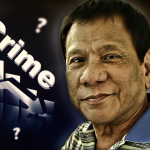