Last June 16, President Benigno “PNoy” Aquino III rejected the consolidated bill “An Act Providing for a Comprehensive Nursing Law Towards Quality Health Care System, and Appropriating Funds” that would have increased the basic salary of nurses to almost P25,000 each month.

President Aquino vetoed the proposed law, a consolidation of House Bill. No. 6411 and Senate Bill No. 2720 because of “dire financial consequences.” Communications Secretary Herminio Coloma Jr. conveyed the reasoning behind the President’s veto in a statement.

“The bill, which proposes to further increase the entry-level salary for nurses by four grades, will undermine the existing government salary structure and cause wage distortion, not only among medical and health care practitioners but also other professionals in the government service,” Aquino said in the statement.

“Such preferential treatment in favor of nurses over and above other health professionals and professionals in the government service appears unconscionable and violative of the equal protection clause enshrined in the Philippine Constitution,” Aquino elaborated.

“Granting such increase will place the salaries of nurses over and above their other similarly situated counterparts, such as optometrists and dentists,” the outgoing Philippine President added.

Aquino already informed the leaders of both houses, Senate President Franklin Drilon and Speaker of the House of Representatives Feliciano “Sonny” Belmonte Jr. regarding the veto of the consolidated proposed law.

President Aquino noted that he has previously increased the minimum base pay for entry-level nurses through  Executive Order No. 201, series of 2016. The executive order increased the total guaranteed annual compensation from P228,924 to P344,074, apart from other benefits and allowances under the Magna Carta of Public Health Workers.

It is also worth noting that the very nature of Executive Orders (mostly of democratic countries) can be overtaken, exist temporarily, and are not absolute in contrary to laws. The veto, just like what was seen in the veto on the proposed Social Security Service (SSS) pension hike garnered negative reactions from Filipino netizens and the nursing community. Many who negatively reacted pointed out the “irony” as not long ago, President Aquino approved a bill (now a law) that increases the salary of all government employees which also covers the salary of the President.

President of the Philippine Nurses Association Paulita Cruz shared her sentiments in a television interview conducted over the phone. Cruz said that nurses have focused their efforts to achieve the salary hike since 2010.

“If this law has been passed, ang mangyayari sana ay ‘yung salary grade 15 magiging reference ng lahat ng  health workers na i-adjust  din (salary) para there’s a decent living and working standard naman ang aming mga nurses (If this law, had been passed, what would have happened is that the salary grade 15 would be the reference of all health workers’ salaries to be adjusted so that there’s a decent living and working standard for our nurses).”

All hope for the nursing community is not lost, however, as the Duterte administration promises to refile the bill according to incoming Health Secretary Paulyn Jean Rosell-Ubial.

“We intend to refile that bill and hopefully, Congress and Senate will support it because we believe that health workers should be given their due compensation,” Ubial said in a television interview with ABS-CBN’s Bandila on June 17 (Friday).

Incoming Health Secretary Ubial recognizes the importance of the proposed bill and has expressed her sentiments, saying that “health workers deserve just compensation,” She said they will thoroughly study the bill if it would affect other health professionals (in comparison to what Aquino said in his veto message). 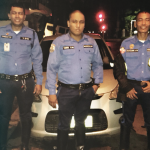 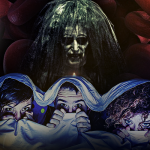