A baby girl’s brain tumor miraculously shrank following a kiss on the forehead from the Pope during a papal procession in Philadelphia in 2015. Reports revealed that Gianna Masciantonio is recovering fast since she received a kiss from Pope Francis.

Diagnosed with  juvenile xanthogranuloma, a rare form of tumor in the brain stem, Gianna had little chances of survival according to her doctors. The infant had to undergo brain surgeries and chemotherapy sessions for the next several months of her life.

A day after Gianna’s first birthday, her family received special passes to welcome Pope Francis during his visit to Philadelphia. The family took the opportunity to meet the Pontiff.

To their surprise, Pope Francis stopped to kiss their little angel’s head, just centimeters away from the location of her brain tumor.

However, the family believes that Pope didn’t heal their daughter but his kiss gave them hope and strength.

“She’s still in chemo now. It gave us hope. It gave us strength. It gave other people strength. That kiss meant more to my family than anyone could ever imagine,” Masciantonio told NBC News. 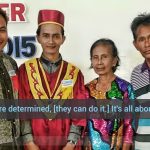 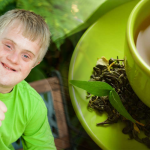