Seventy-year-old Davao City Mayor Rodrigo Duterte revealed that he was once molested by a priest in his younger years. He claimed that this happened during his school days in Ateneo.

This statement by Duterte was made after he was criticized for allegedly cursing Pope Francis as he was citing the country’s traffic situation in a press conference.

Presidential candidate Duterte also replied to CBCP-Lingayen-Dagupan president Archbishop Socrates Villegas’s comments on the mayor’s use of foul words. He was reported as having said that the bishop and the priests denounced him and suggested he withdraw his candidacy for president of the Philippines. Moreover, Archbishop Villegas associated the use of the interjection to corruption. He said that when people find profanity funny they have become barbaric and beastly.

In response to this, Duterte has said that many including himself have many secrets about molestations they experienced from priests. He also said that he is trying to keep from disclosing the real information in order not to upset the religious faithful.

Duterte has already expressed his apologies over his interjection against Pope Francis in a speech during his candidacy’s endorsement by the PDP-Laban group. 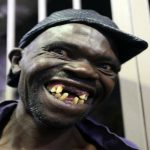 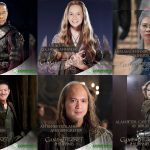