What was the most insane thing you did after a breakup?

Whatever it is, we’re pretty sure it’s not as crazy as what this heartbroken woman did after being dumped by her lover through text message.

According to reports, the unnamed Chinese woman was travelling in Hong Kong when her boyfriend of several years decided to put an end to their relationship. But instead of telling it to her in person, he opted to do it in the most convenient way possible, via text.

Unfortunately, the poor woman totally lost her cool and threw the most epic tantrum in the history of breakups. Right in the middle of the Tsim Sha Tsui, the woman sprawled on the ground like a spoiled toddler and shouted nonsense to onlookers.

Of course, a meltdown like didn’t escape the eyes of people who eagerly captured photos and videos of the woman’s tantrum. Aside from making it to Chinese news broadcasts, the woman’s breakdown also took the Internet by storm.

So how did they pacify the hysterical newly single woman?

Apparently, paramedics had to strap the unstoppable woman to a stretcher just to put an end to her fit.

While many criticized the woman’s ex-boyfriend for not having the balls to break up with her in person, some jokingly commented that he actually did the right thing considering the woman’s reaction. 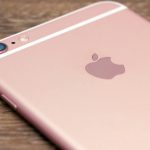 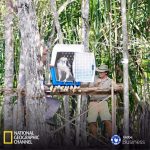