An Aussie surfing champion Mick Fanning fought off a great white shark during the 2015 J-Bay Open final in Jeffreys Bay, South Africa and somehow walked away with just a bit leash.

On the video, Mick Fanning had just begun his final against fellow Australian Julian Wilson when a shark approached his surfboard, knocking him into the sea. Fanning managed to get himself to a safety boat and somehow emerged from the ocean unscathed.

“Holy shit!” event commentators exclaimed as Jet Skis in the lineup raced toward Fanning to pull him from the water.

Thankfully he is okay, competition has been suspended and this is certainly one of the craziest scenes to play out during a live sports broadcast. 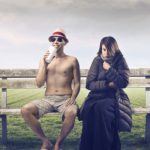 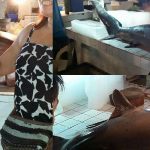