Ever wondered why we have the tendency to want to squeeze or bite anything we find cute like a new baby or a cute stuffed toy?

Recent studies have shown it is completely normal for us to feel these aggressive urges in response to seeing something cute. Hence, the condition called cute aggression.

For their first study, they showed 109 participants online animal pictures that were funny, neutral, and cute. The results depended on the rating each participant would give each picture on its level of cuteness and even the loss of control the picture made them feel. To rate the loss of control level, participants had to choose statements like “I want to squeeze it” or “I can’t handle it.”

Once the online study was completed, the results showed that although all of the pictures were enjoyed, the pictures that were labeled as “cute” had the highest reactions of loss of control. This cuteness overload caused verbal aggression.

In the partners’ second study, they tested the theory pertaining to physical aggression. Physical aggression is like pinching the cheeks of a very cute baby. Ninety participants were again shown similar pictures from the last study, but they were required to hold bubble wrap this time.

Apparently, seeing something cute can cause rather negative reactions. It’s like crying when we are overwhelmed with happiness.

Another physical reaction to cute things involves nibbling or biting. Gwen Dewar, a biological anthropologist and founder of Parenting Science, studied 30 women, some of whom were recent mothers. They were both required to smell different scents, one scent was just air and the other, the scent of newborn babies collected from their worn cotton undershirts.

As they breathed in these scents, the women were hooked up to a functional magnetic resonance imaging scanner. The scanners recorded the newborn baby scents triggered a familiar reaction.

The odors stimulated particular areas of the brain that are “linked with the processing of rewards,” and the women had “more activity in parts of the neostriatum, a brain region linked with the rush of pleasure we feel when we consume favorite foods or take mood-altering drugs.”

Apparently, it’s all normal and all physiological. The good news is that we can continue to “make gigil” without feeling guilty we are being too aggressive. 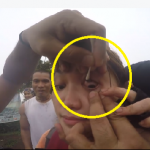 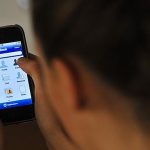