While it may be odd to hear about a man crocheting, Kjetil Nordin, 31, actually spent 800 hours and hundreds of balls of yarn crocheting a Super Mario blanket showing one of the scenes from the iconic game.

Nordin hails from Hjelmeland, Norway and works as a computer programmer. In addition to crocheting, he also spent the last six years winning the Norwegian Sky Diving team championships two times. He also finished two university degrees and started his computer programming career, and still finds the time to crochet amigurumi (a Japanese crocheted or knitted stuffed toy) for his family and friends.

Nordin crocheted a screenshot from the game Super Mario Bros. 3 of Nintendo. The 2.2 m x 1.8 m blanket took him a long time to finish. When asked what his biggest challenge was, Nordin responded, “The hardest thing has been to accept that it took such a long time. I’ve spent 800 hours crocheting and many hours researching and searching for the correct yarn.”

The Nintendo-version of Super Mario’s world is finished and Nordin is looking for a way to display it on his wall without ruining it.

What’s his next project? Nordin responded, “I have no idea, but I’ve gotten some suggestions. I spent such a long time thinking before I chose this project, so I can’t rush it. I’ll have a break, and think for a while.” 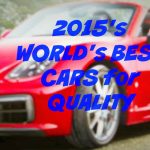 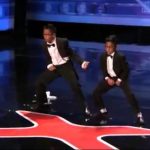