“Isn’t she lovely? Isn’t she wonderful? Isn’t she precious?” this is what Harry Styles sang when he auditioned for X Factor UK in 2010.

I couldn’t agree no more.

One Direction, British-boy band formed and originated from the said competition, totally have knocked out our bitsize feet, leaving us girls the idea that we are all beautiful and that’s all that matters.

Of course, that can leave without question or any hesitation. If you’re a girl and still don’t believe that you are an epitome of beauty, take the greatest antidote they offer, What Makes You Beautiful, which won BRIT Award for Best British Single in 2012.

It will definitely uplift each part of you, girl! Glimpse some lyrics if you don’t know, “Don’t need make-up, to cover up, Being the way that you are is enough”.

Girl, that make’s you feel pretty damn good.  So it’s kinda thrilling to throw the song back with a new tasteful tune.

Recently, comedienne Amy Schummer released a must-see One Direction parody. The video shows 4 Boys (Of course, we know Zayn Malik left leaving foursome continue what they’ve started) urging a blonde gal to take off her make-up because she DOESN’T need it anymore to be called as “ATTRACTIVE”.

Wishful that they did throw the exact words women are seeking for from men, she immediately jumped off and threw every cosmetics in a rubbish bin. Not only that, she clears her face.

“Ho-ho-hold up, girl / We spoke too soon / With this whole no makeup tune / We kinda changed our minds on the makeup thing / You’ll be the hottest girl in the nation / With just a touch of foundation / Girl, I can’t be seen with the ghost from The Ring / I didn’t know that your lashes were so stubby and pale / Just a little mascara and you’ll look female / Please listen, girl, what we’re trying to say / Just get up an hour earlier / And you can make yourself much girlier (girlier).”

Hit the video and let us know if it cracks you upside down! 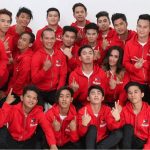 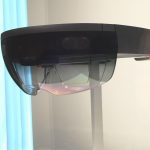