On Saturday morning 25 April, a 7.8 magnitude earthquake struck Nepal (with epicentre in Lamjung District of Kathmandu) leaving a death toll of over four thousand, from the destruction.

One of the casualties from the tragic event was Google Executive, Dan Fredinburg, who was scaling Everest when the quake hit and caused an avalanche at Everest base.  It was earlier confirmed by the expedition team he was with, Jagged Edge, via their website.  Whilst on a different post, the executive’s younger sister, Megan, also shared his death over Dan’s Instagram and Twitter account:

“This is Dan’s little sister Megan. I regret to inform all who loved him that during the avalanche on Everest early this morning our Dan suffered from a major head injury and didn’t make it. We appreciate all of the love that has been sent our way thus far and know his soul and his spirit will live on in so many of us. All our love and thanks to those who shared this life with our favorite hilarious strong willed man. He was and is everything to us. Thank you.”

Fredinburg, who was the head of privacy of Google X, was also an ex-boyfriend of One Tree Hill and Chicago P.D. star, Sophia Bush.

After hearing the devastating news, Bush expressed through Instagram how heartbroken she was about the loss.  Her feelings was well-communicated in her post:

“There are no adequate words. Today I find myself attempting to pick up the pieces of my heart that have broken into such tiny shards, I’ll likely never find them all. Today I, and so many of my loved ones, lost an incredible friend. Dan Fredinburg was one-of-a-kind. Fearless. Funny. A dancing robot who liked to ride dinosaurs and chase the sun and envision a better future for the world,” Bush, 32, wrote Saturday.

“He was one of my favorite human beings on Earth. He was one of the great loves of my life. He was one of my truest friends. He was an incredible brother, a brilliant engineer, and a damn good man,” she continued. “I’m devastated and simultaneously so deeply grateful to have known and loved him, and to have counted him as one of my tribe.”

Bush also urged donations to OrphanGift (a charity supported by Dan Fredinburg), to honor the latter’s memory.  After all, Fredinburg and Bush has remained “good friends” even despite their break-up in 2014.

Fredinburg died of a head injury at a very young age of 33. 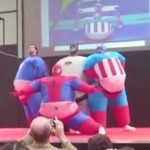 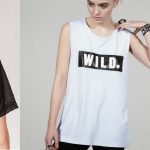