US President Barack Obama and his “Anger Translator” Luther filled the White House with laughter during the White House Correspondent’s Dinner 2015. His anger translator even singled out Fox News to the delight of the crowd.

Luther, portrayed by Keegan-Michael Key is one of the most prominent characters on Comedy Central’s Key and Peele. Key delivered a lot of laughs during that night right beside President Obama himself. Probably one of the best scenes of the night was when Obama appeared to get mad at Republican climate change deniers in Congress and Luther tried to pacify him before walking off the stage, telling the head of state that he needed “counseling.”

Key managed to keep the audience laughing, with ample help from Obama himself. Performing at the White House Correspondent’s Dinner is one of the most difficult situations for a comedian to be in.

Here are some of the lines President Obama and Luther exchanged during the Correspondent’s Dinner.

[blockquote author=”President Obama”]Because, despite our differences, we count on the press to shed light on the most important issues of the day.[/blockquote]

[blockquote author=”Luther’s translation”]And we can count on Fox News to terrify old white people with some nonsense. Sharia Law is coming to Cleveland. Run for the damn hills. That was ridiculous.[/blockquote]

[blockquote author=”Luther”]Oh, and CNN, thank you so much for the wall-to-wall Ebola coverage. For two whole weeks, we were on step away from The Walking Dead, and then you all got up and just moved on to the next thing. Oh, and, by the way, have you noticed? You don’t have Ebola.[/blockquote] 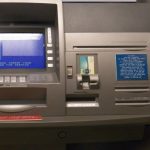 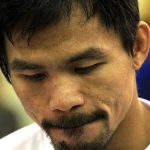