More than a month after the death of YouTube star Jam Sebastian, his mother Maricar Fernando-Sebastian has finally expressed her negative sentiments on Mich Liggayu, Jam’s girlfriend whom she accused of using her deceased son to get money.

In an interview with StarTalk on Saturday, April 18, Maricar stressed her right to Jam’s shares in Jamich.

I said, I want a breakdown of my son’s finances. I’m not a stage mother, I did not earn a single centavo from his fame because I have my own life to live. Now that my son has passed away, I have a right.

According to Maricar, Mich allegedly took Jam’s possessions without informing them when she left the condominium. The reel and real-life pair lived together for several years before Jam succumbed to cancer.

Moreover, the grieving mother of one-half of the famous YouTube couple Jamich claimed that Mich logged out all of Jam’s accounts including Facebook, email, and Facebook page during his wake. The Jamich Facebook page, according to Maricar, is where the couple earns money.

When my son died, his cellphone was with us. You borrowed it from Yexel and logged out his Facebook, email and all of his accounts. You logged out the Facebook page of Jamich during the wake so we won’t have access from the page where you both earn money. Until now, you’re telling us that the account has been hacked.

Just a few days after Jam bid goodbye to the world, Mich was also accused of dating Neo Domingo, an up and coming singer.

Neo claimed that he was never and will never be in a relationship with Mich.

Maricar, on the other hand, doesn’t believe Neo’s statement.

Where do you go when you stay up late? You don’t sleep in the house. Why insist that you are just friends if you spend more time with him. Where were you when Jam needed you the most?

Watch the full interview of Maricar Sebastian on Startalk. 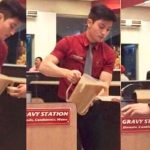 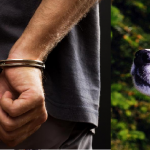