Disney Channel Asia has released online the full music video of Rachelle Ann Go’s rendition of “A Dream is a Wish Your Heart Makes,” five days before the showing of “Cinderella” in the Philippines (Opens on March 12). The two-minute video, shows the award-winning West End actress recording the theme song of the Disney Princess franchise, intercut with scenes from the live-action movie.

In the 1950 animated film, Cinderella sang “A Dream is a Wish Your Heart Makes” as she encouraged her animal friends to never stop dreaming. This theme of “never stop dreaming” continues throughout the entire classic fairy-tale. The ballad was written and composed by Mack David, Al Hoffman and Jerry Livingston.

Disney is reviving the song with a new arrangement and music video to deliver the inspirational and positive message of the new “Cinderella” movie, which is to believe in your dreams, be positive and most importantly “Have Courage and Be Kind.”

The song was originally performed by Ilene Woods in Walt Disney 1950 film “Cinderella”. 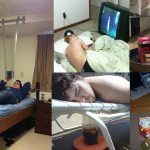 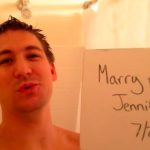