So there. After 3 years of battle with the big C, 28 year old Jam Sebastian surrendered in peace the other day, leaving his family & partner Paolinne Michelle Liggayu behind –  and us, a haunting story that promise to linger alive.

A LOVE TEAM WAS BORN

The power of modern tech was held responsible in feeding our gift of curiosity and sudden involvement in the issue right from the beginning til “the end”.  We’ve heard a number of their cries,  seen many of their pains and felt a medley of their emotions ranging from sadness… to fear…to delight…then back to gloom again as  the poignant tale of theirs trails a crossroad of hope and despair before our preying eyes.

AND WE WERE VOWED TO REFLECT (and comment) FURTHER…

Looking back,  JaMich’s tandem became phenomenal in YouTube after it recorded a whopping 7 million viewers  & subscribers in their 1st upload alone year 2011.  Their youthful story, now on it’s 6 years were liked, followed religiously and been the talk of the town in social media community. The Puppy love, no doubt,  has grown to a BIG one  and shy other viral stories ever posted online.

Then came Jam’s sickness. Grim pictures of his fight and ordeal updates courtesy of his family and his girl’s  interviews have caught the people’s attention.  Generous support came in. Celebrities flocked in his deathbed.

While Jam’s body depreciates and health’s plunging down rapidly, Mich looks pretty composed, managed to project a good angle and a calm tone of voice before a TV cam.

“Were she really affected”? “Is she enjoying the exposure she’s getting”?  “Are she/they just  dragging the news to garner public sympathy and financial provisions”?  Questions on personal interests were raised, wild comments had since flooded the couple’s  wall.  Once sweet remarks did turn sour.  Words of empathy metamorphosed into rabid notes.

True. Everyone are entitled to an opinion especially involving a celebrity’s story. But then again, who are we to judge? “We were not in their shoes, a famous proverb says. Mich, (if not Jam’s mom) has seemed to accept the sad truth bravely.   It takes a real nerve to display a mighty heart in dark times like this. Thus, making her a portrait of a tough girl in control.  But we never knew when she’s alone at night – when the only image she could see in her sleep will be the man he loves.

Thus, nothing can be as heartbreaking than looking at someone you dear wincing in an unexplainable agony, begging for the physical torture to halt.

Such pitiful state must be painful. VERY PAINFUL. Not just for the boy, but for the mom, and for the girl who cares for him more than we think or imagine.

THE BEST TIMES ARE WITH THEM

Their narrative maybe short-lived, but not fleeting.   It just don’t leave one with a tale on love, but with a reflection that it should be enjoyed to the fullest while it lasts.   To  JAMICH,  thank you for sharing such a beautiful love story  – even it missed a happy ending. 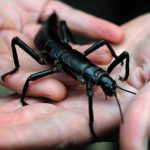 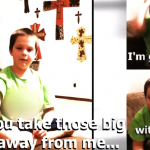