Life is too short as they say. Having a longer life is a privilege. Through the years, human life span had diminish rapidly due to many factors. One of these factors is the lifestyle people are now living, the food we eat, the pollution, and sickness. Experts are trying to find a way to slow the aging of man, most people are looking for the fountain of youth.

But these five ladies didn’t need any of that to have a longer life. In fact they were born from the 1800s, now is year 2015 and they are still alive and kicking.

These 5 women according to Wikipedia are not immortals or vampires, they are living more than 100 years old and their stories from the past are treasures to keep.

1. Misao Okawa-116 years old and from Japan, born 5 March 1898, is the oldest living person in the world whose age can be documented. She is a Japanese super centenarian woman. Okawa was born the fourth daughter of a draper in the Tenma district (present-day Kita-ku) of Osaka. She now lives at a nursing home in Higashisumiyoshi-ku, Osaka. She married Yukio Okawa in 1919 and had three children (two daughters and one son), of whom her son, Hiroshi, and daughter Shizuyo are still alive. Her husband died on 20 June 1931. She has four grandchildren and six great grandchildren. She was able to walk until she was 110, when she began using a wheelchair to prevent falls. Okawa has said that sushi and sleep are the reasons why she has lived so long.

2. Gertrude Weaver is an African American super centenarian. She was born in Arkansas near the border with Texas. At the age of 116 years, 257 days, Weaver is the oldest person in the United States and second verified oldest living person in the world behind Japanese woman Misao Okawa. She is the seventh verified oldest person ever, and the third oldest person ever from the United States. Weaver told the Associated Press that there are three factors that have contributed to her longevity: “Trusting in the Lord, hard work and loving everybody.” Weaver added a fourth factor when she told Time that trying to do your best is another factor adding “Just do what you can, and if we can’t, we can’t” or, in other words, “Kindness”.

3. Emma Morano  is an Italian super centenarian who is, at the age of 115 years, 110 days, the oldest living person in Italy and Europe, and the fifth-oldest living person in the world. She is the oldest person ever to live in Italy and second oldest Italian person ever behind Dina Manfredini. She is the last living European person to have been born in the 1800s and one of the last five worldwide. Emma Martina Luigia Morano was born on 29 November 1899 in Civiasco, Vercelli, Piedmont, Italy. Morano was still living alone in her home on her 115th birthday. When asked about the secret of her longevity, she said that she had never used drugs, eats three eggs a day, drinks a glass of homemade brandy, and savors a chocolate sometimes, but, above all, she thinks positively about the future.

4. Susannah Mushatt Jones is an African American supercentenarian who is born on July 6, 1899, at the age of 115 years, 256 days, the oldest living resident of New York. Susannah Mushatt was born in Lowndes County, Alabama, the third oldest of 11 children. Her parents were sharecroppers who farmed the same land as her grandparents (one an ex-slave). In 1928 she married Henry Jones but the marriage only lasted for five years, she divorced him later saying that she “didn’t know what became of him,” and she had no children. She is blind, partially deaf, cannot say much, and uses a wheelchair. She also does very little for her health. She only takes high-blood pressure medication and a multivitamin. She became blind from glaucoma when she was 100. She has refused cataract surgery and a recommended pacemaker. She has never had a mammogram or a colonoscopy, but she does see a primary care physician three to four times a year. Jones has never smoked, drunk alcohol, partied, wore makeup, or dyed her hair and sleeps about 10-hours a day. She also attributes not being married long for her longevity.

5. Jeralean Talley is an African American super centenarian, who is, at the age of 115 years, 300 days. Jeralean Kurtz was born in Montrose, Georgia on May 23, 1899 and she married Alfred Talley (January 30, 1893 – October 17, 1988) and had one child, a daughter, Thelma Holloway, born in 1937. Jeralean and Alfred were wed for 52 years before he died in October 1988, at the age of 95. She has three grandchildren, 10 great-grandchildren, and 4 great-great-grandchildren. She lives by the Golden Rule: “Treat others the way you want to be treated”. Known in the community for her wisdom and wit, she has sometimes been asked for advice. She has previously advised people to use common sense, saying “I don’t have much education but what little sense I got, I try to use it”.

“According to these charming ladies, the secret to a long life is getting enough sleep, staying active, exercising every day and eating things you like regularly. They’ve also got an edge as women; women tend to live longer, and theories on why this happens range from estrogen, which helps protect women’s hearts until after menopause, to social and biological stress that lead men to injure themselves more often.”

These women are verified by the Guinness World Record as the oldest women living on Earth nowadays. Living on Earth is a privilege especially when reaching the golden years of life. Live a life that is worthy to treasure, that’s how these ladies did. 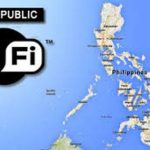 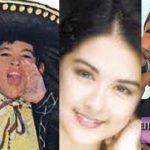