The Catholic Mass celebrated by Pope Francis in Luneta, Manila last January 18 broke the record for the largest Papal gathering in history, but was it able to make it to the Top Ten Largest Gatherings in history? Let’s find out!

People usually gather in parties, religious activities, concerts, funerals, weddings, or to see their idols. We have made a list of the biggest gatherings ever in history. Here’s the countdown:

10. The Largest Protest in History: Three Million People Gathered in Rome to Say No to the Iraq War (2003)

Sadly, this protest was “snubbed”. One month after the protest, the US started marching into Iraq…. and then there was… the war…

Rod Stewart is a British rock singer-songwriter whose popular songs include “Have I Told You Lately” and “I Don’t Want to Talk About It”. His largest concert was held at Rio De Janeiro in Brazil.

Jean Michel Jarre, on the other hand is a French musician, composer and music producer. His largest concert was held at the Moscow State University.

8. The largest Islamic Pilgrimage: 3.65 million people gathered in Mecca for their annual Hajj (2012)

October 21, 2012. Al Arabiya reported that this gathering was the largest Hajj, one of Islam’s pillar. Billions of dollars had to be spent to improve the hajj infrastructure in order to avoid of stampedes and accidents.

Gamal Abdel Nasser is the second Egyptian president. Known as the People’s Pharaoh, around 5 million people mourned over his death. According to Wikipedia, his funeral was attended by Arab Heads of State, the Soviet Prime Minister and the French Prime Minister. The funeral procession was on October 1, 1970.

6. The second largest Papal Event: Around 5 million people attended the World Youth Day in the Philippines (1995)

January 15, 1995. The World Youth Day in 1995 set the record at that time as the largest Papal event with 5 million youths attending from different nations according to Father Gary Coulter. Pope John Paul II was the highest leader of the Roman Catholic Church at that time.

Breaking the world record for the largest Papal event, Pope Francis’ Papal visit in the Philippines set the highest with 6 million attendees in a Catholic Mass last January 18, 2015 . The difference between Pope John Paul II’s visit and Pope Francis’ visit is that the more recent Papal event was just a local one.

Yup, you’re actually seeing it right, Pope Francis’ visit in the Philippines is only 5th on the list. We have four more.

June 1989. Ayatollah Ruhollah Khomeini, the supreme leader of Iran, died in 1989 after suffering from 5 heart attacks in 10 days. Around 10.2 million people attended his funeral according to the Guinness Book of World Records. The crowd was so large and uncontrollable, his body was even removed accidentally from his casket delaying his burial.

3. The largest funeral in the world: CN Annadurai’s funeral attended by 15 million people

February 1969. According to the New Yorker, CN Annadurai’s funeral was attended by 15 million people. Also known as “Anna”, CN Annadurai is a Tamil author and an Indian politician.

December 14, 2014. Arba’een is an annual religious event observed by Shia Muslims. SBS reports that last year’s Arba’een Shiite pilgrimage is the largest in history despite threats on security.

1. The largest gathering in history: The Kumbh Mela pilgrimage where 30 million people gathered to bathe at the Ganges River (2013)

February 2013. The largest gathering to date, this religious activity of bathing at the Ganges River is believed to wash away sins. Happening every 12 years, 2013’s Kumbh Mela set the world record of 30 million people. IBT reports that thousands of people were reported missing during the event. Many people also died because of a stampede. 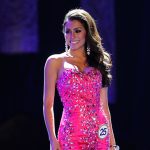 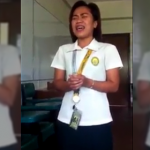