The Philippine government and the Roman Catholic Church of the Philippines are now almost all-set for this year’s Papal Visit: President Benigno Aquino III has declared a 3-day holiday during his visit, flights have been cancelled, and a lot of Filipino Catholics have been doing an act of mercy everyday.  But will the Pope follow his itinerary?

The Philippines, being a country where Roman Catholicism dominates other religions, have been preparing for this four-day visit, since it was finalized, August of last year. His itinerary was released by the Vatican, November of last year and can be viewed in the Official Website of Pope Francis Papal Visit 2015.

With the theme “Mercy and Compassion”, the Pope is set to deliver his message to at least 11 different venues in the country primarily in Manila and in the province of Leyte.

The Pope is set to arrive on January 15 at about 5 pm at the Villamor Air Base in Manila from his visit to Sri Lanka and will go on a motorcade going to  the Nunciature, where the Pope will be staying in Manila.

On January 16, he will be officially welcomed by President Benigno Aquino III at the Malacanan Palace at 9:15 A.M., followed by a Meeting with the Authorities and the Diplomatic Corps at 10:15 A.M., right before a Holy Catholic Mass at the Basilica of the Immaculate Conception in Manila at 11:15 A.M. The day will be concluded with a Meeting with the Families at the Mall of Asia (MOA) Arena at 5:30 in the afternoon.

His visit to Tacloban will be on the 17th which will start with a Holy Catholic Mass at 10 A.M., followed by a lunch with the selected Yolanda survivors at 12:45 P.M. The Pope will then bless the Pope Francis Center for the Poor  at 3 P.M., before a meeting with Priests, Women and Men Religious, Seminarians and Families of the Survivors at 3:30 in the afternoon, which will conclude his visit to the city.

On the 18th, the Pope will be at the University of Santo Tomas in the morning to have a Brief Meeting with the Religious Leaders of the Philippines at 9:45 and another meeting at 10:30 with the Youth. Pope Francis will then hold a Holy Catholic Mass at the Rizal Park at 3 o’clock in the afternoon.

Before the Pope goes back to Rome, there will be a Leave Taking Ceremony, 9:45 in the morning at the Villamor Air Base in its Presidential Pavillion. He is expected to arrive in Rome at around 6 P.M.

But will the Pope be able to follow his itinerary?

Pope Francis, known for his spontaneity, always has a tendency to do the unexpected. He once ditched his 5-page speech to engage students in an impromptu Question and Answer session last June of 2013 as reported in the Vatican Radio.

Talking Points Memo‘s report last year talked about the Pope’s unexpected behavior during the Palm Sunday Mass at the Vatican. The Pope did not follow his prepared homily to talk about his childhood in Argentina. He also hopped off his popemobile to pose for “selfies” with the young people from the crowd.

What will the Pope do unexpectedly during his visit in the Philippines? Will he grant the request of a Christian group to make a “surprise visit” to the slums in Manila? Will he also take selfies with Pinoys?

The Pope was once stated in the Catholic News Service,

the most authentic gestures are those you don’t think about … mine were not planned gestures, it just occurs to me to do something spontaneously that way

What “unexpected gesture” will the Pope do during his time with Catholic Pinoys? Only then will we know. 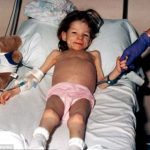 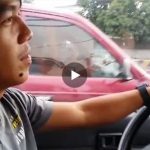