Who would have thought that using voice in conquering the world would mean tons of money. Enormous money indeed. Many self-styled musicians are growling and roaring really hard to get up the ladder towards stardom.

Youtube has certainly the helpful platform many amateur singers benefited from as it showcase their prowess belt out voice.

But established and professional singers who have gone engraved their names in the hall of fame undoubtlessly proved not only their popularity among masses yet their figure salary will say it all.

Know world highest paid singers of 2014, Their digits will blow your mind. Here’s the list:

The rapper/producer was the top among the list. He came from a musically inclined parents since both of them are singers too. His first solo album The Chronic was a huge hit in 1992. Eminem signed under his label and successfully produced several hit singles including The Slim Shady LP (1999) and The Marshall Mathers LP (2000).

Get Rich or Die Tryin’ superstar sold Beats, co-founded Audio Electronic company with Jimmy Lovine, to Apple for a whacking $3 billion just as a reasonable earning for holding the first slot.

He’s just holding $40 million profit last 2013. The $ 600 million haul this 2014 represents the 8 years hardship in working on the Beats brand. Having that immense income really a slice of each years he spent building the company.

Single Ladies’ Singer has proven that she’s the sought after pop singer reining as she beats Madonna’s position last year. Queen B dominated the billboard charts for the more than a decade-and-counting career, some of her big hits were “Ring the Alarm”, “Sweat Dreams”, and “Halo”.

She did rank second only in terms of money but she credits for being the most powerful celebrity of the year by Forbes.

The superstar singer played 95 shows, earning $2.4 million per city according the Pollstar. Her self-titled album was a huge record hit in iTunes in December. She have sold 1 million copies of her single, “Drunk in Love”. Endorsements like Pepsi and H&M contributed to her lucrative wealth too.

With five number one singles, 14 top hits in the billboard, four number one albums, you will unmistakenly doubt, The Eagles were hailed among the successful singers of all time. 1/6 earning of Dre was clinched by ageless rockers. They were known for their hit single “Long Road Out of Eden Tour” assuring the charisma in the new era.

Musician-actor Bon Jovi hard-rock band’s songs were impeccable. This cultural icon turned philantrophist at the same time would oftentimes visit homeless shelters. In his “purposive donation restaurant”, Soul Kitchen, traditional customers make a nice contribution and also fortuneless can eat also. No prices provided on menu. Those who need meal can choose whether they want to volunteer their services by working in the first-rate eatery or attend to some other charity events.

This famous ultimate mega-rockstar garnered a quarter of billion dollars out of their Because We Can Tour, thus make an assured spot at five.

Rock Musician continue launched jam-packed world tour as part of releasing his album. His impressive songs are Born in the U.S.A, Glory Days, and Cover Me.

The 65-year-old musician, has never think to retire and seen to be his career flourished more after a four year absence in FORBES Celebrity 100. He jumped into one country to another to perform in the biggest domes around the world. His $81 million this year won’t be possible without his countless supporters attending his production galore paired up with the released of his 18th album “High Hopes”.

His impressive hauling power among teen age girls can be seen on his vast social media reach boasting 58 million Twitter followers next to Katy Perry’s account. That’s two and a half fold difference with his former girlfriend Selena Gomez who has heaped 25 million supporters.

Tail end of his last year tour brought out $80 million.His stardom continues as the Forbes’ Cover Boy 2012 sold 15 million albums totalling $150 million on 157 tour across 24 countries around the globe.

Steal My Girl band amassed 60 million views on Youtube. They received the IFPI’s Global Artist of 2013 for claiming best-selling muscial acit in the world.

The Official One Direction site announced several more tour dates in Europe, US, Canada, and Asia. They will hold “On the Road Again Tour 2015” in the Philippines as they gear up to perform in a much coveted grandest epic SM Mall of Asia Concert Grounds on March 21, 2015.

Sold-out Where We Are stadium concerts got an overwhelming patronage from their fans putting them in spot 7. Pepsi commercials and official debuted album, Midnight Memories top the UK billboard chart gave a boost to their $75 million.

A former member of the Beatles and one ofmost popular solo performers of all time.

Paul admitted,“Why would I retire? Sit at home and watch TV? No thanks. I’d rather be out playing.” His pop royalty reigns among oldies and youngster enthusiasts as he inducted into Rock and Roll Hall of Fame.

Known as the oldest among the tem, 72 year-old Mc Cartney has proven than he can still make a rock cry -out around the world earning an amazing 3.5 million per city and isn’t showing any signs of slowing down.

Regarded as a successful singer, songwriter, producer, and DJ as well has won Grammys and MTV VMA awards. Scottish Harris is the World’s Highest Paid DJ of 2013.

His lead single “I’m not Alone” went straight to number one spot on U.K.Single Chart.

The former stockboy has played more than 100 shows and pocketed $200,000 every performances and millions in producing hits for Rihanna and others.

Keith is an American country music singer, producer and actor. He’s been out for the limelight in 2013 but got back and complete the Forbes’ Highest Paid Musicians for this year.

His “Should’ve Been A Cowboy” jumped to No. 1 and went on to become the most-played country song of the ’90s.

His entrepreneurial venture Show Dog label, a growing list of I Love This Bar And Grill restaurants, a multimillion-dollar endorsement deal with Ford, and his own Wild Shot mescal made a massive payday for Forbes’ Last Year subject of Celeb 100 cover story. 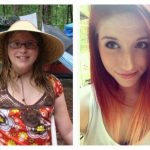