Women in the Philippines are entrepreneurial by nature. From putting up a simple sari-sari store to running a salon business, Pinays not only provide support to their family but to the whole neighbourhood as well.

Starting this Christmas season, the Coca-Cola Company is on a mission to empower 5 million women micro-entrepreneurs from all over the world. Through their 5 by 20 campaign, the world’s most famous soft drink company will be providing business skills training courses, financial services, as well meaningful connections with mentors and peers to business-minded women. Coca-Cola is hoping to transform the lives of these women by 2020.

As part of its 5 by 20 campaign, Coca-Cola company launched the STAR (Sari-sari store training and access to resources) since  sari-sari stores and their owners are the pillars of the company’s business in the Philippines.

Nida Bautista, a sari-sari store owner from Bustos, Bulacan, was one of the beneficiaries of the STAR  training program. A polio victim since she was 1 1/2 years old, Bautista has been operating a sari-sari store for 10 to 12 years now since she didn’t want to be depend on others for her needs.

When she learned about Coca-Cola’s training program through their local government, Bautista didn’t think twice in participating.

According to Bautista, STAR helped her a lot in improving her business. Through the training program, the sari-sari store owner learned to do credit background investigation on her customers, organise her merchandise, maintain the cleanliness of her store, deal with customers better, do proper recording of customers’ credits, and put an appropriate mark-up on her products.

Just like Coke, women entrepreneurs bring happiness to the community. It’s about time to give back that happiness. 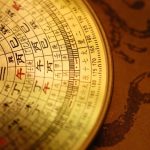 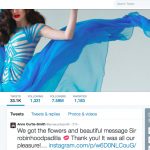