Talk about getting something extra for what you ordered. Customers from McDonald’s Zuchwil, Switzerland got more than just burger and fries, they actually got to watch adult videos… For Free!

A group of men came in expecting to get some of McDonald’s usual menu, but they got some extra treat.

But before you judge McDonald’s management, it was mentioned in a report on NY Post that none of the crew members were aware that the TV was already showing titillating videos from a Sexy Sports Clip Program on a German Sports Channel. It was only when one of the crew noticed that the store’s TV was showing adult videos when they changed the channel. However, when one of the customers were asked what he thought of it, he just said,

We were only a group of men so it didn’t bother us, although what would have happened if there was a family in the restaurant at that time I don’t know.

The management of the store immediately apologized and said that it was all an “innocent” mistake.

Aglae Strachwitz, McDonald’s spokeswoman, said that the store left the channel tuned in to Eurosport, unaware that they have one inappropriate program aired on Sport 1. Usually, customers request for certain TV channels which the crew usually grant to please them. Moreover, Strachwitz also stated that if the crew became negligent of the incident, it is because they were busy attending to their customers.

If our employees didn’t immediately realize what was going on it’s because they were concentrating on our customers and their work.

So, would you like something extra hot and spicy with your burger and fries? 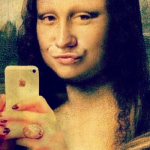 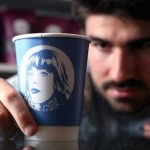