Students look over the guidelines for the college entrance exam at Seocho High School in Seoul on Wednesday. About 640,000 Korean students compete for freshman seats in some 400 universities nationwide at the crucial exam slated for Thursday.

Traditionally, the winter have welcomed them with cold and windy morning, even snowing sometimes for 20 years, but it seems not work today. the temperature is higher than the average temp. of early-Nov. (around 60 °F in mid-day, Seoul). The Korean SAT,College Scholastic Ability Test or CSAT which is given once a year, largely determines a young person’s future. It is so important that aircraft are barred from flying near the test site, and the workday begins an hour late, to prevent traffic jams that might make students late.In the morning, taxis offer free rides to exam takers, as do numerous motorcyclists. Younger students stand at the entrance of the school to welcome and cheer on the seniors as they arrive.  After sending their off their daughter or son,  teary-eyed mothers head for a temple or church to spend the day in prayer to help ensure their child’s success. A total of 640,621 people, down about 10,000 from last year, have registered to take the nine-hour standardized College Scholastic Ability Test (CSAT) that was administrated at 1,216 testing sites, according to the education ministry.

The exam, which is similar to the American Scholastic Aptitude Test (SAT), is considered to be a crucial factor in determining a student’s future career opportunities as Korean society places great importance on educational background.

The CSAT is divided into five sections — Korean language, mathematics, English, social and natural sciences and a second foreign language of choice.

The test started at 8:40 a.m. and is run through 5 p.m., including lunch and breaks, the ministry said.

As in previous years, the government imposed various traffic control and anti-noise measures as part of efforts to ensure that the significant test was executed without any glitches.

Traffic was banned within 200 meters of test centers, while government offices and enterprises in nearby areas are scheduled to open an hour later than usual to keep the roads free for students on their way to the test centers, according to the government.

The local bourse is also set to begin one hour later than usual.

The subway ran more frequently during morning rush hour and police operated a temporary call center for students in need of a ride, offering to transport them to the test centers by patrol car or motorcycle, the government said.

Flight landings and takeoffs are to be banned for 40 minutes in the afternoon during a listening section of an English exam, according to the education ministry.

The applicants will be individually notified of their test results by Nov. 27, it added. 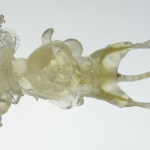 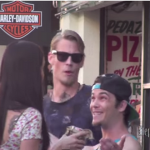