It’s all over the net. Netizens are abuzz over the alleged overpricing of Makati City Hall Building II, a building planned, built, and completed under former mayor and now Vice-President Jejomar Binay.  A plunder complaint has been filed against him, his son (incumbent Makati Mayor Junjun Binay), and several Makati officials in connection with this P2.2-billion 11-story building.

Why are netizens angry at the Binays, anyway?

A photo of the building is going round the web. I am no expert on photoshop but this looks like the real deal. This collage of photos shows the anomalies suffered by the P2.2-billion building. As pointed out by 2ngaw blog, a ‘world-class’ building shouldn’t have these defects: large cracks on the walls, missing parts (such as having areas with no ceiling), rotting portions (such as CR ceilings), broken tiles, and misspelled room/section labels!

It might be a word war but when the term ‘world-class’ entered the picture, netizens erupted with rage, especially when photos of the building surfaced. Many asked how such an ordinary-looking building could cost as big as P2.2 billion?

The Binays and their allies call the building as ‘world class’; that same building is being called very ‘ordinary’ by their political opponents and most netizens. According to a report on GMA News, the entire structure has a floor area of 27,630 sq. m. Based on the total reported cost of construction, the building costs around P80,000 per sq. m. but experts who evaluated the structure along with the Senate Blue Ribbon Committee only pegs the valuation at P27,000 based on what they saw.

According to the experts who evaluated the building, one reason why it is not a world-class building because it used dry-board partitions consisting of metal frames and gypsum boards, the cost of which is much lesser than solid/concrete walls.

Also, the floors may look shiny but these used rolled vinyl linoleum instead of granite or marble tiles, as what you would have expected of such a high-priced structure. Moreover, there were plenty of areas that still need to be completed or have to be fixed, including a bathroom, the rough floors on the parking areas, and the ceilings of the storage areas.

It was also noted that there were plenty of still-unused storage areas and office spaces. Around half of the building is also made up of parking spaces but Senator Antonio Trillanes IV noted that the slots look ordinary and didn’t even have sensors like those you can find at the malls.

Comparisons with Other Structures

Angry netizens took to social media to share their sentiments over the alleged overpriced buildings. Many even went as far as making comparisons of the Makati City Hall Building II with other infrastructures built within the price range.

When in Manila featured a comparison of the Makati building with that of the London City Hall made by a Facebook user.

When faced with these shocking comparisons, it is clear that the Binays really have a lot of explaining to do. 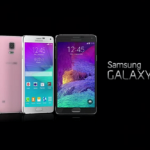 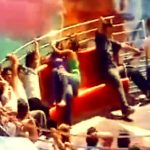