Today almost everything is influenced by technology from our home, transportation, medicine, even in the food we eat; everything is depending now on technology. Don’t you think we are already lacking in vitamin N?

N as in NATURE, things that are not a product or makings of human beings, things that is naturally like that from the start of life, free from the corruption and hazards brought by the so called advancement in our daily lives, true, it makes everything easier, going from one place to another which in early times takes days or even months can now be reach in only a matter of minutes or hours, the foods that we eat, cooking requires time and effort, a thing that is not practical to someone with a busy schedule, but now it’s just a hot boiling water and you have a breakfast of instant noodles, lunch, or dinner? Not a problem, there are canned goods in the store which you can just open and voila, problem solved. Health issues in old times is a major problem, simple sickness are already a threat to one’s life, a simple fever is as life threatening as pneumonia back then, but now? It’s only one tablet away from getting well again.

But all has its toll, too much reliance in transportation is a bad thing, don’t you know that it is one of the major reasons for obesity?

And obesity means higher cholesterol that is bad for the heart and lower body stamina resulting to poor body metabolism, making a person much prone to heart problems, diabetes and even cancer.

All those canned goods, instant noodles and other preserves is not good for you, Instant noodles contain propylene glycol, anti-freeze ingredient that prevents the noodles from drying by retaining moisture.

The body can absorb it easily and it can accumulate in the heart, liver and kidneys. This will cause damage and abnormalities in organs, and also weaken the immune system.

Medicines today do really helps a lot, but they also have side effects, from the homely aspirin to the most sophisticated prescription drug on the market, all drugs come with side effects. Many are minor, some are just an inconvenience, a few are serious, and some are just plain strange.

Perhaps the most common set of side effects for drugs taken internally involves the gastrointestinal system. Nearly any drug can cause nausea or an upset stomach, though it may only happen to a handful of users. For drugs used externally, skin irritation is a common complaint.

So instead of relying too much in technology why don’t we adapt a more natural way of living, this way we are not only helping ourselves but also our planet, the idea that spending time in nature can make you feel better is intuitive.

We all feel this to be true, and many of us have anecdotes of our own or from friends or family that support that idea. People who have been suffering from stress, sickness, or a trauma can spend quiet contemplative time in gardens or taken to the mountains or woods to heal. But nature is not just wilderness. The benefits of nature can also be found in our communities’ parks and green spaces.

Researchers are amassing a body of evidence, proving what we all know to be true: nature is good for us and has both long and short term mental and physical health benefits. Instead of taking a bus or a taxi, or a “trycycle” why don’t we consider taking a walk, briskly walking after a meal lowers postprandial blood pressure and triglyceride levels, it also promotes good body figures, not only physically but also mentally, a whopping 86 percent of stressed-out women said their mood improves when spending time outdoors in nature.

Plenty of people assume that the pharmaceuticals their doctors prescribe are better than herbal medicines; drug companies always say their unique molecules are better, stronger and safer than herbs. I’ll readily agree that they are stronger but being better? Not so sure, in some studies, herbs clearly perform better. Ginger, for example, has been shown to be superior to the pharmaceutical dimenhydrinate (Dramamine) as a preventive therapy for motion sickness.

There’s nothing wrong with technology, but nature has so many things to offer, far safer and effective than any man-made products, if only we will venture in the greener side, we will see the real best things in life. 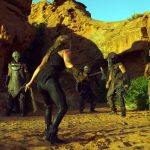 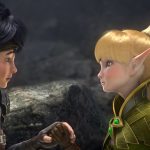