Have you seen the Youtube video about how Keanu Reeves offered his seat to a woman in a subway? How gentleman could an A-lister be?

The video was taken by a fan in a subway and then it became viral that he received a lot of praises for his small yet noble deed. People knew he didn’t have to do it, but he did. Well, that’s Keanu. Keanu is known for traveling thru public transport without body guards (maybe because he learned martial arts in the Matrix which makes him capable of protecting himself), he stops for chats with people in the neighborhood, he offers cake to a fan who happened to pass by—he is just natural.

Keanu Reeves, who claimed box office stardom in the Matrix, is known for his natural way of dealing with people whether that be paparazzi, fans or co-actors. His rise to fame was brought by Speed twenty years ago where he starred with Sandra Bullock. It is still a question if he would break box office records in his future projects, but he already had his directorial debut in Man of Tai Chi.

More than his share of fame in his movies, Reeves had been a frequent object of media attention, and social media at that. I am referring to, if you can recall, the “Sad Keanu” photo that paparazzi took, which hit the net with unbelievable numbers. It’s lovely that people had been curious and concerned on what had been bothering him while he was eating that sandwich alone on a bench. It’s funny how people had been creative in editing the picture and coming up with memes for that. Whether that be good or bad, publicity is still, publicity. In fact, the memes had been so viral that a miniature Sad Keanu figure was released!

Well, Sad Keanu is not sad at all. He said in an interview that he’s just normal, yet he described his private life as boring. Like most kids now, Keanu is a product of a broken family and grew up with several step fathers. Also, his best friend, River Phoenix died at the Viper Room. He lost his baby, then lost his girlfriend Jennifer Syme in a horrible car accident where she instantly died. With all these losses, Keanu is definitely one brave and indestructible man to bear all those pains. A superhuman in his own right.

Maybe that’s why his eyes had always been contemplative and seeking—like he is reading your thoughts. Maybe that is also why he had been the best actor for The Day the Earth Stood Still where he played the role of an alien who can read minds.

Funny but there are rumors, though not should be taken seriously, that he is immortal. Theories on why he’s not ageing are all over the internet. Have you noticed how he looked like way back in Speed and his face hadn’t changed much in 47 Rounin? Funny, but some netizens posted pictures of people who lived before and they claim that they were Keanu Reeves in a different life time. When he was asked about it, he gives credit to his genes.

You are familiar with the depth of his stare boring into yours, but we should never miss his notable stand on a humble lifestyle compared to other Hollywood stars. He even donates his earnings to hospitals because he believes that what he has is enough for him to live in the next centuries. Now, would you dare say that the man in the video above is not Keanu Reeves? 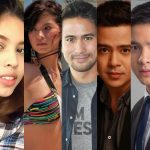 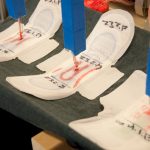