For some reason, sometimes we don’t just get out of the theater house without pulling off some tissues to wipe escaping tears from our eyes – and this flick entitled “The Fault In Our Stars” is one good telltale of a reason. Embarrassingly, yours truly made a bit of a drama with himself just before he got out.

If I were to be asked, John Green’s young adult best-seller book devotedly rendered into a film “The Fault in Our Stars,” tackles mainly about the fact of death, with all but without the extraordinary and supernatural element.

Looking on the overview of this ‘yet to be famed’ film directed by Josh Boone is a spectacle of what young people right now fears, the oblivion. Just like what the guy main character Gus says that fears him the most, it is slowly fading away from the world without being something worth remembering. Of course, you would not want to leave away the fact that the entire flick is a love story, and not just an ordinary love story, but a one sick love story.

“The Fault In Our Stars” is about the star-crossed lovers Hazel Grace Lancaster and Augustus Waters, who in much ill-fated situation, both found themselves in the desperate move to found that one big love, as they learned to take their friendship even deeper. Even if their theories of philosophy just collided on the very first day they met, they still later on zeroed in on each other as the film unfolds. We see Gus on that brighter side that life and death have a specific point for his purpose on Earth to leave a bright and lasting legacy, while Hazel seem to be uncaring, if not pessimistic about her being a grenade, which revealed later that she is relenting as everyone else does but only masks an overwhelming concern for those she would eventually leave behind. As the movie goes on, revelations after another, specifically in the part where they were in Amsterdam, leaves Hazel and Gus off guard, not being able to dodge the bitter truth no longer.

As I see the light of it, although the film ended wretchedly, much like of that with Romeo and Juliet (not really), it marveled mostly in the sense of emotional serenity. At some point, I have even thought of it as a flick not just for the young and young alike, but for all who have been struggling to open up themselves to the truths of what their hearts truly desire.

The film constantly revolved in the heart-wrenching truths of mortality, combined with the most fearful heart breaks of human intimacy, making it penetrating and brutal enough to make one cry buckets or jerk at least a tear.

All in all, the film is all but excellent. As to what it could offer lightly, with a sense of depth, it offers its main target, the young audience the driving suggestion that love isn’t just about finding someone worth dying for, but someone who makes life itself worth living.

For those who have seen the movie, and yet still hungers for a second time – it’s okay if we can’t help it, so do I. 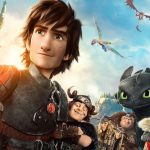 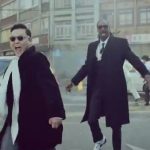