“Blended” marks the third comedy collaboration between Sandler and Barrymore, following their successful onscreen pairings in the hit romantic comedies “50 First Dates” and “The Wedding Singer.”

In the film, after a disastrous blind date, single parents Lauren (Barrymore) and Jim (Sandler) agree on only one thing: they never want to see each other again. But when they each sign up separately for a fabulous family vacation with their kids, they are all stuck sharing a suite at a luxurious African safari resort for a week. 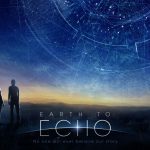 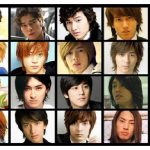