Some 70 real stories will come to life on Madrid screens on 30 April with the 11th edition of DocumentaMadrid. Doors will be open at the festival, dedicated exclusively to documentary cinema, until 11th May in Cineteca to offer the season’s best productions in this genre.

Promoted by the Madrid City Council and organised from the iconic hall under the captaincy of Mikel Olaciregui and Vicente Mozo, the eleventh edition of DocumentaMadrid (the name of which will be written in one single word from this year onwards) is here to consolidate the turnaround begun in 2013. Fewer titles, but with a much sounder yardstick of quality which has situated the contest as a benchmark festival in the international arena.

Official Section, a shot of reality which goes beyond fiction

In this way, the Official Section will bring some of the greatest of the season’s documentaries to the competition, all newly released in Spain. Films by internationally acclaimed and award-winning directors, as well as new directors; traditional narrative styles and innovative use of language and in the way of describing reality; direct and unique testimonies of our most recent history, and poetic and subjective views of people’s experiences.

Cinema as real as life itself which will bring us closer to the world’s most disputed territories, but also real stories which seem to have come out of fictional novels… 15 feature films and 19 short films which will compete for the main DocumentaMadrid award for the best documentary. The titles will be announced on April 22th.

Panorama, a study of the Spanish documentary

Newly created last year, the Panorama section of the Spanish documentary, will offer a special view of documentary films produced in our country. This genre in Spain is gradually producing a wider variety of films and using different approaches to the themes they are dealing with. Once again, Panorama will include the most significant Spanish productions and which may be candidates for the CANAL + Award.

Fernand Melgar special award, a reference point for cinema on immigration and identity

Born into a family of Spanish trade unionists exiled in Tangiers, Fernand Melgar (1961) was brought up in Switzerland where his parents emigrated when he was a child. A cultural activist and creator of the internationally renowned La Dolce Vita rock club in Lausanne, Melgar changed course and began to produce documentaries, directing more than a dozen films considered to be landmarks in the immigration and identity genre. DocumentaMadrid offers us a retrospective of his most outstanding works, starting with LA FORTERESSE, winner of the Golden Leopard at the Locarno International Film Festival in 2008. The film is a documentary about one of the hottest issues in Europe: the Righs of Asylum. In the same line, VOL SPECIAL, talks to us about the relationships established between rejected asylum seekers and undocumented immigrants whilst waiting in a Geneva detention facility before being boarded onto a “special flight” which will return them to the reality they were trying to escape from. The vision of others and the need for integration are the subjects of CLASSE D’ACCUEIL, which submerges us in the world of adolescents, who like him, are the sons of immigrants and are debating between memories of their homelands and the desire to belong to an idyllic Switzerland, and REMUE-MENAGE, a portrait of Pascal, a tender father who does not hide his need to cross-dress. Once again, the search for identity. EXIT-LE DROIT DE MOURIR, a meticulous journey through the reasons and the ways in which human beings decide to break the links which tie them to life and their right to die with dignity. And finally, in PREMIER JOUR, Melgar presents a series of short films very brief that immortalize the “first day” and with them, in a few minutes, addresses the major existential problems.

Furthermore, DocumentaMadrid is continuing its cooperation with Filmoteca Española, which will host a special cycle in its headquarters at the Ciné Doré.

Just like Cineteca, DocumentaMadrid is aware of new ways of depicting reality. For this reason, amongst its parallel activities, it wishes to host a “Laboratory” which will enable young creators to research the production of a new concept: the web-doc or interactive documentary created for the network. A workshop promoted by Lucía Andújar and organised by DocumentaMadrid together with Intermediae (Matadero Madrid). The laboratory will be able to count on the basic support of rtve.es, who through their website, have become pioneers in this form of narrative in our country.

Meetings with directors, round-tables and other activities will make up the programme of the festival. With this intense programme, DocumentaMadrid, from the 30 April to 11 May, will become the annual meeting point for professionals, producers and the audience for whom their work is intended. 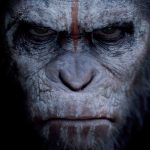 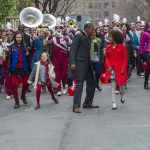